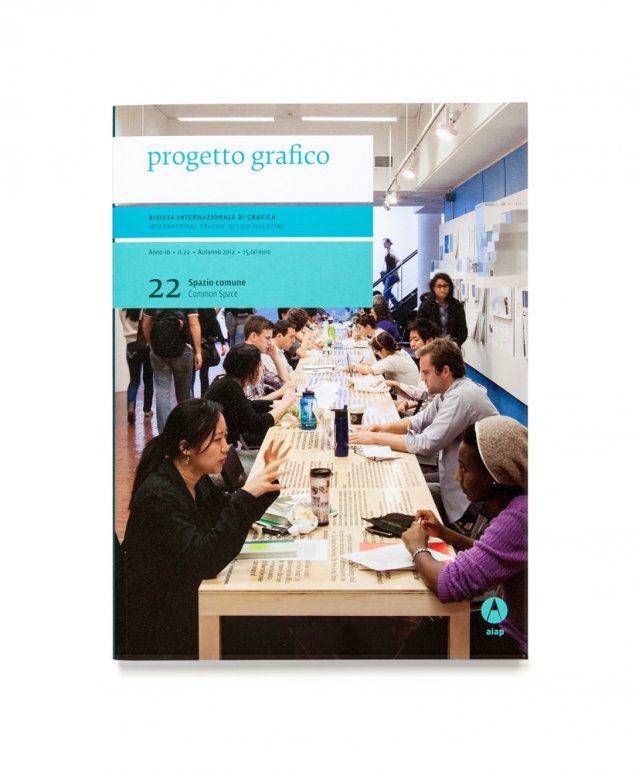 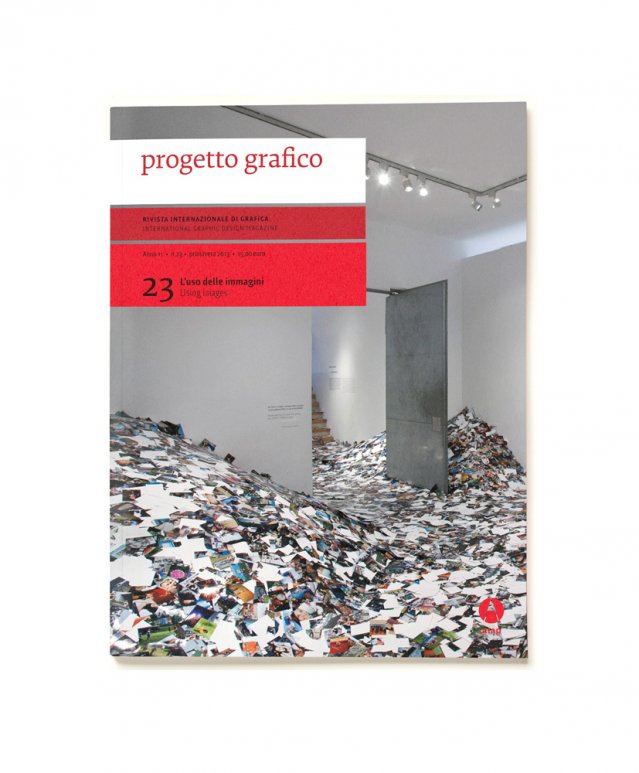 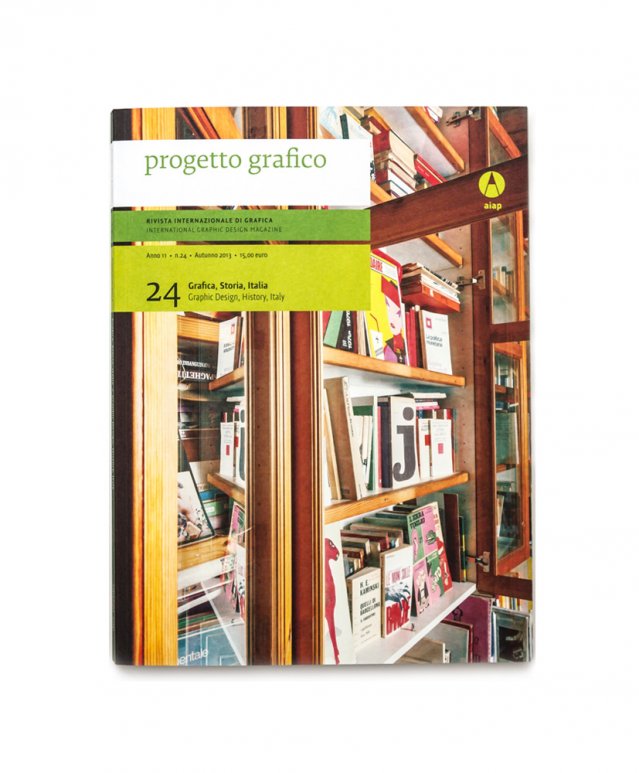 Progetto grafico is an international graphic design magazine published by Aiap. In 2012, Riccardo Falcinelli and Silvia Sfligiotti were appointed editors of the magazine. Alizarina and Falcinelli&Co have entirely redesigned the magazine. The covers revolve around photographs and the inside layout uses a special color to highlight the English text. The fonts adopted are Alice by Marta Bernstein and Gramma by Riccardo Olocco. 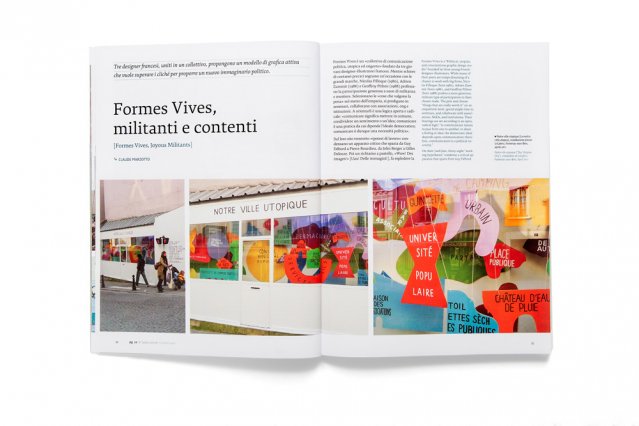 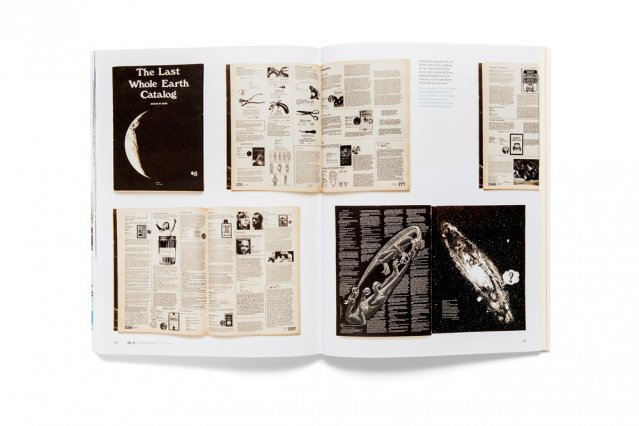 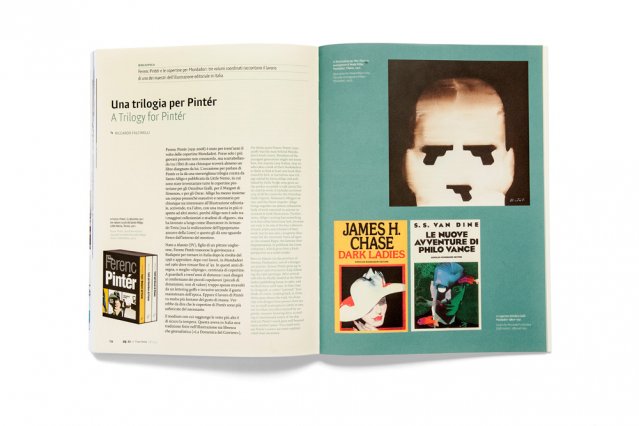 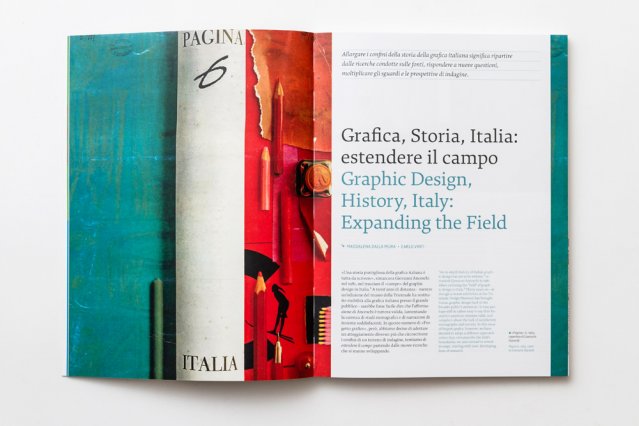 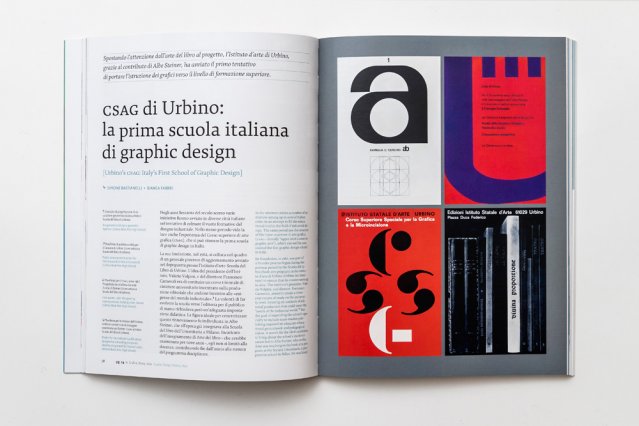 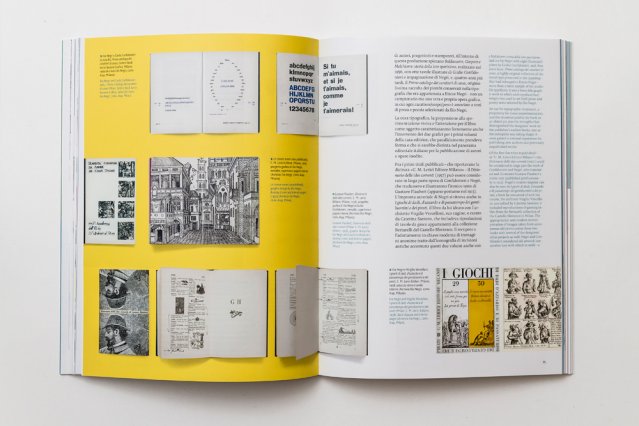 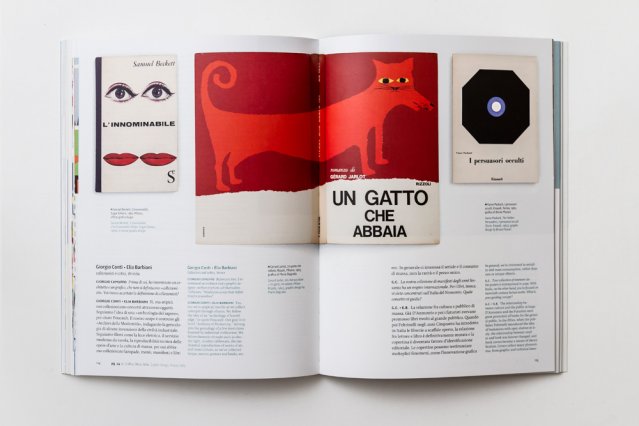 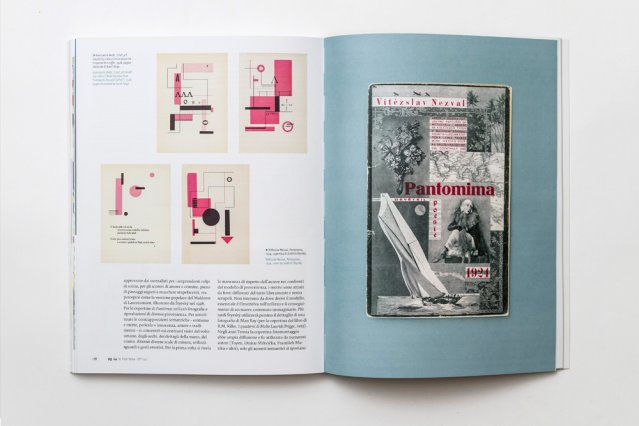 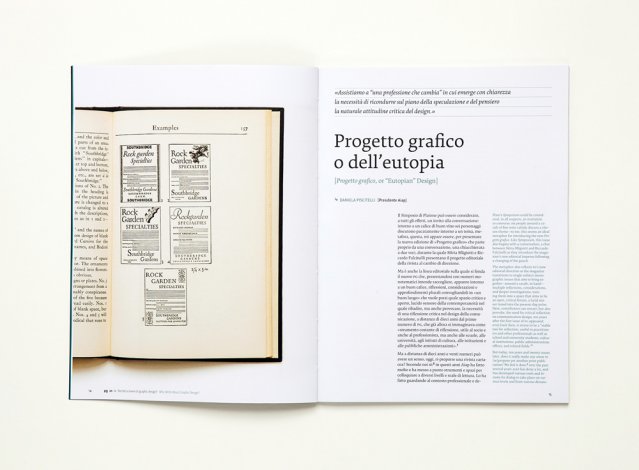 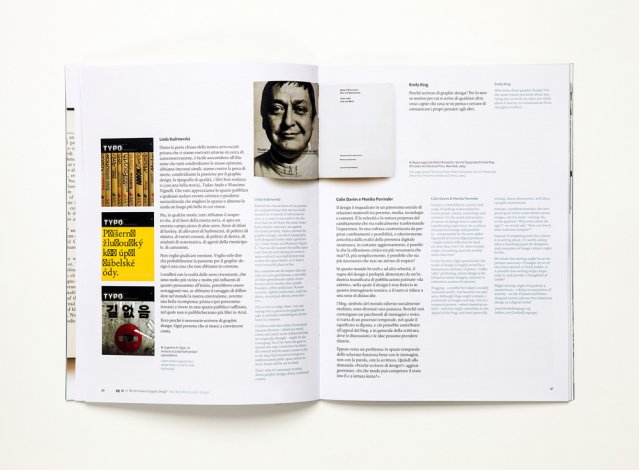 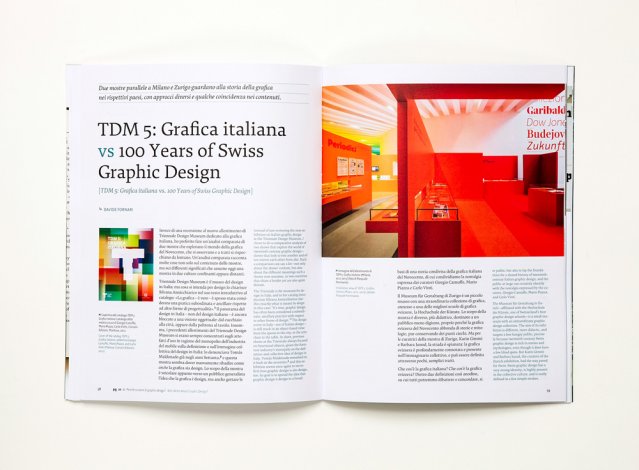 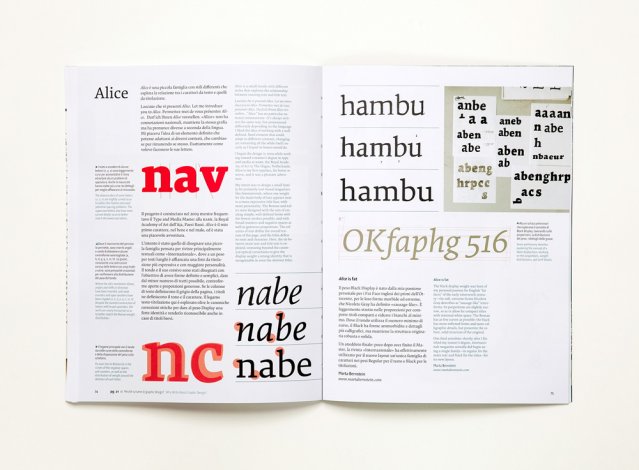 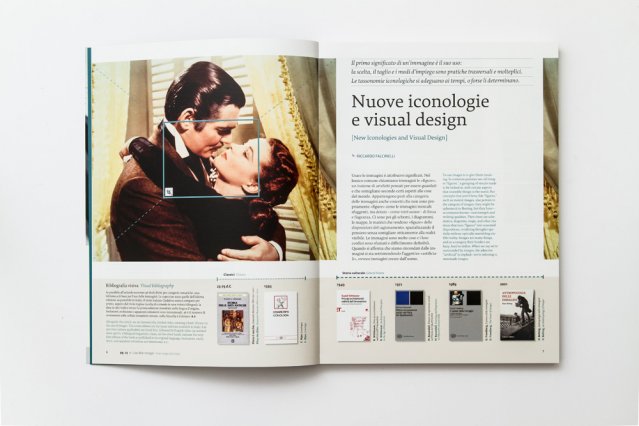 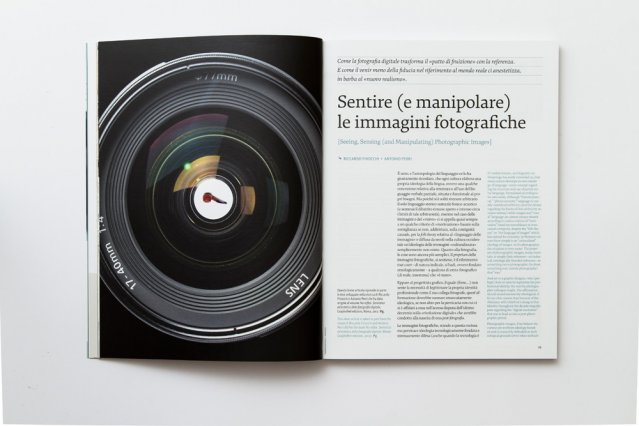 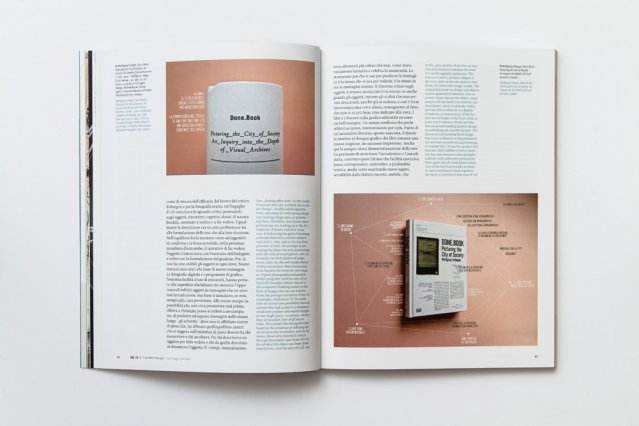 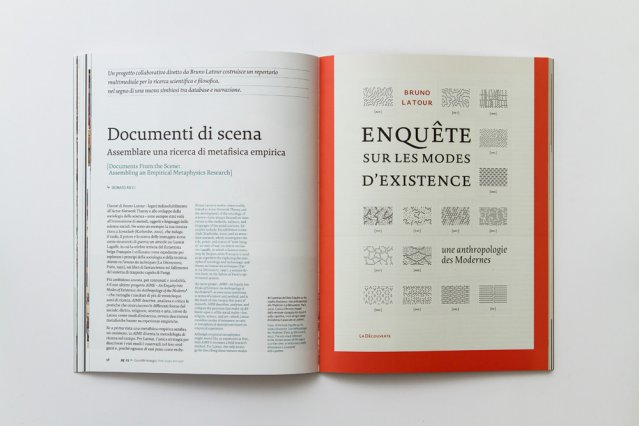 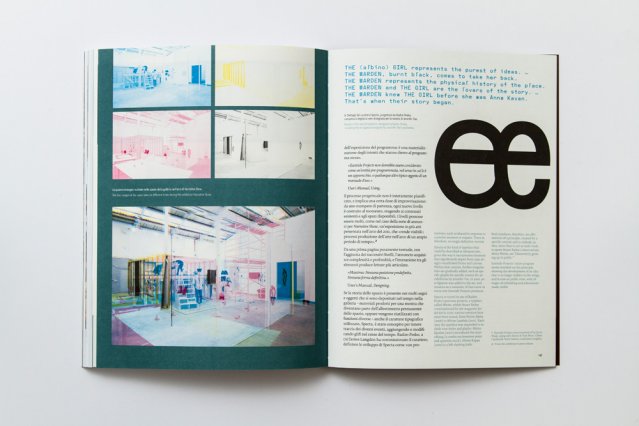